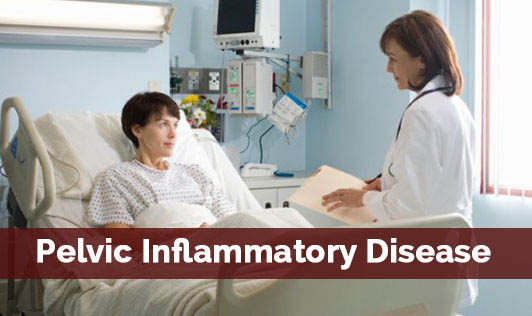 Pelvic inflammatory disease is a general term which refers to the infection of female reproductive organs.

* The female reproductive system consists of the uterus, fallopian tubes and ovaries.
* PID is a serious consequence of STD sexually transmitted diseases. Sexually active women in the age group of 15 to 25 years, especially who have multiple sexual partner s are at a higher risk although the disease may occur in women with monogamous relationship.
* Increased risk of Infertility and ectopic pregnancy, especially tubal pregnancies are serious consequences of PID.

General: The most common symptoms of PID include:

Sometimes, there may be no symptoms at all and the PID may be silent.

The two commonest causes of STD are Neisseria gonorrhoeae and Chlamydia trachomatis.