How breastfeeding could prolong your lifespan 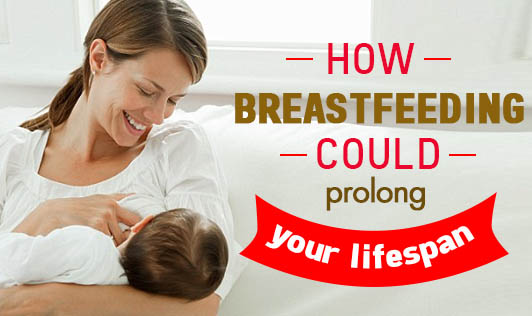 She also says that many urban women are increasingly using feeding bottles and formula preparations due to the influence of advertisements. This influence is seeping into the rural areas too. In order to facilitate breastfeeding by mothers, the central government has extended maternity leave as well.

Infants should be exclusively breastfed for the first six months. Nothing else, not even water is necessary for the baby for up to six months of age. The composition of breast milk will take care of all the requirements of the baby. A baby needs breast milk, not artificial milk to grow well.

Advantages of breast milk for a baby:

Colostrum, a yellowish fluid which is secreted for the first couple of days after the birth of the baby, is rich in vitamin A, copper, zinc and immunoglobulin, all of which are needed for the baby. "This is why breast feeds should be initiated within one hour after birth. “Most mothers don't, either due to ignorance or pressure from their near and dear ones to avoid colostrums".

Advantages of breastfeeding for the mother:

The Food & Nutrition Board has chalked out programs for the World Breastfeeding Week. Along with the medical colleges and the health department, seminars and workshops will be conducted for NGOs, health workers, etc. Exhibitions, demonstration of preparation of weaning foods, quiz, recipe competition for lactating women, healthy baby shows have also been planned.

"Along with sex education, breastfeeding education should also be taught in schools and colleges so that the message goes to all young girls,"