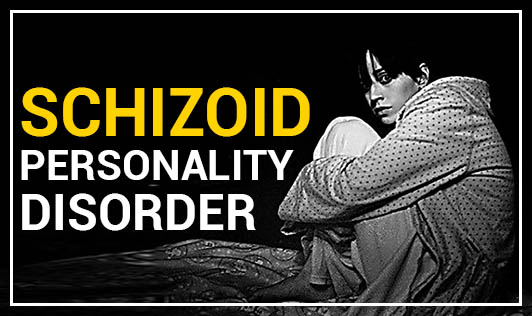 This is a type of eccentric personality disorder in which a person has a lifelong pattern of indifference to others and social isolation. Schizoid personality disorder affects more males than females. To others, an individual with this disorder may appear somewhat dull or humourless. The cause of this disorder is unknown but it may be related to schizophrenia and shares many of the same risks. A person with SPD will be able to function fairly well as it is not as disabling as schizophrenia.

The symptoms of Schizoid Personality Disorder include:

The exact cause of this disorder is unclear but genetics and environment are suspected to play a role. Mental health professionals cogitate that one's childhood where emotion and warmth were lacking also contributed to the development of the disorder.

The factors that increase one's risk of developing schizoid personality disorder include:

• Having a parent who was unresponsive to emotional needs
• Being hypersensitive in early teen's years and having needs treated with annoyance
• Having a family member who has schizoid personality disorder or similar
• Victim of child abuse, neglect or other mistreatment

When to see a doctor?

If you notice any signs of symptoms of this disorder in a loved one, gently suggest that the person seek medical attention. It could be helpful to accompany him or her to the first appointment.