Are You Too Self-Critical? Learn The Signs And How To Overcome Negative Self-Talk 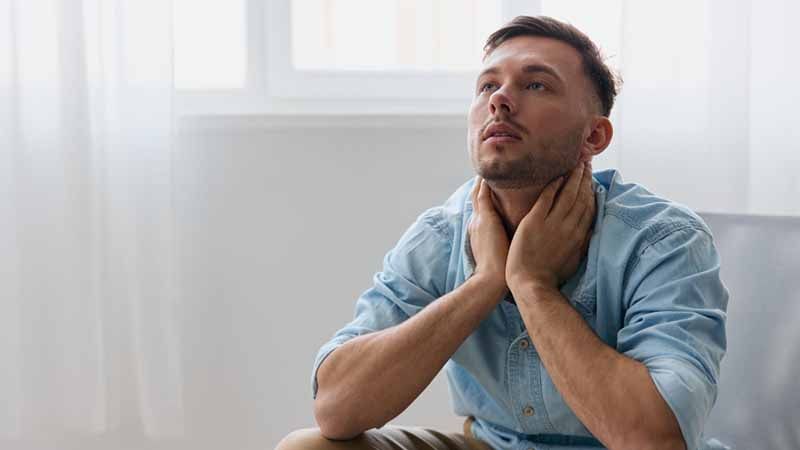 When you’re too hard on yourself, it can create an upward spiral of self-criticism that negatively impacts everything you do in your life, whether it’s work or relationships.

This isn’t just harmful to your psyche; it’s also bad for your productivity and happiness. Negative self-talk and self-criticism have no place in the life of successful and happy people, so if you recognize any of the signs that you are too critical of yourself, it’s time to take action to start overcoming them!

Self-criticism is a form of self-expression that involves judging one's thoughts, actions, or feelings. In this way, it is a form of self-abuse because it can lead to anxiety and depression just as much as toxic self-criticism can. Self-criticism often operates from an irrational fear of failure which leads people to see themselves as failures even before they have failed at anything.

7 Signs You're Too Self-Critical

Many different psychological factors can contribute to self-criticism, but they all share one thing in common: they are connected with a person's anxiety level. As anxiety increases, self-criticism becomes more likely. The problem is that self-criticism only makes the anxiety worse. The result is an unpleasant cycle of insecurity, self-doubt, and unhappiness. Here are the 7 signs that you are too self-critical.

#1. Comparing yourself with others

We are all unique, but sometimes it can be hard not to compare ourselves with others to feel better about ourselves. Unfortunately, this is a toxic self-criticism that usually leads to anxiety or depression.

#2. Judging your actions by someone else's behavior

A lot of us tend to do this, judging our actions by someone else's behavior. We might think that if someone is rude, then we are not being polite enough; or that if someone is always late for meetings, then we must be lazy for arriving on time. The problem with thinking this way is that it just serves to keep us feeling bad about ourselves and perpetuates our self-critical behavior because it makes us feel inadequate in comparison to others.

#3. Feeling inadequate in some way

Self-criticism is a common experience for many people, but for those with anxiety or depression, self-criticism can make an already difficult situation even worse. Criticizing oneself is a natural response when something goes wrong in our lives, but what happens when that feeling becomes pervasive and excessive? According to Psychology Today, self-criticism can take up valuable mental space, occupy your thoughts and increase your feelings of inadequacy.

Do you find it difficult to make decisions? It may be due to self-criticism, which is a form of anxiety that prevents people from making choices they're happy with. Self-criticism can manifest in different ways - constantly second-guessing your decisions, feeling down on yourself for not achieving goals as quickly as others, feeling guilty when mistakes happen, or doubting your abilities in general - but it's important to remember that this is just another one of your cognitive biases rather than an accurate reflection of reality.

The fear of failure is often rooted in self-criticism, which can stem from a variety of anxiety issues, such as perfectionism or low self-esteem. It can lead to depression or even suicidal thoughts, so it's important to understand what drives your self-criticism and take steps toward overcoming it.

#7. Increased sense of personal responsibility for things outside your control

Self-criticism is a strong indicator that something is amiss. If you find yourself feeling increasingly responsible for things outside of your control, it may be time to take a step back from self-criticism and examine other factors in your life that might be influencing your self-image or ability to cope with stress.

Self-criticism is a common problem that can affect many aspects of your life, such as your relationships, work, mental health, mood, and self-image. It is important to take notice of when self-criticism becomes a problem for you so that it does not negatively impact other areas of your life. Self-criticism often stems from feeling anxious about social interactions or fearing failure at school or work. To stop self-criticism from becoming an issue in your daily life, be aware of the thoughts that lead to it and learn techniques to combat them (i.e., changing negative thoughts into positive ones).

Self-criticism is a terrible habit that can lead to anxiety if it is not dealt with properly, but there are many ways to help you stop being self-critical. One of the most common things people do is talk back to themselves in their head and argue with themselves about every little thing they do wrong or worry about all day.

#1. Self-criticism has also been linked to mental health conditions like anxiety and depression. When self-critical thoughts start coming up, ask yourself is this true? If so, try making plans for what you need to do next time instead of beating yourself up over something that happened in the past.

#2. Self-criticism has also been linked to mental health conditions like anxiety and depression. When self-critical thoughts start coming up, ask yourself is this true? If so, try making plans for what you need to do next time instead of beating yourself up over something that happened in the past.

#3. Self-criticism isn't just bad when dealing with your own self - other people will notice it as well.

#4. Self-criticism isn't just bad when dealing with your own self - other people will notice it as well. It's important to recognize this behavior in others because it can make them feel insecure, unwanted, and even unworthy of love from others. Let them know that their feelings aren't shared by everyone else and suggest a way for them to cope better.

#5. Give yourself some credit - be more positive!

To combat self-criticism and anxiety, it's important to identify the thoughts that make us feel bad about ourselves, find evidence that contradicts those thoughts, and practice more self-compassion. Remember: our brains are hardwired for negativity; so we have to work a little bit harder to see things positively. 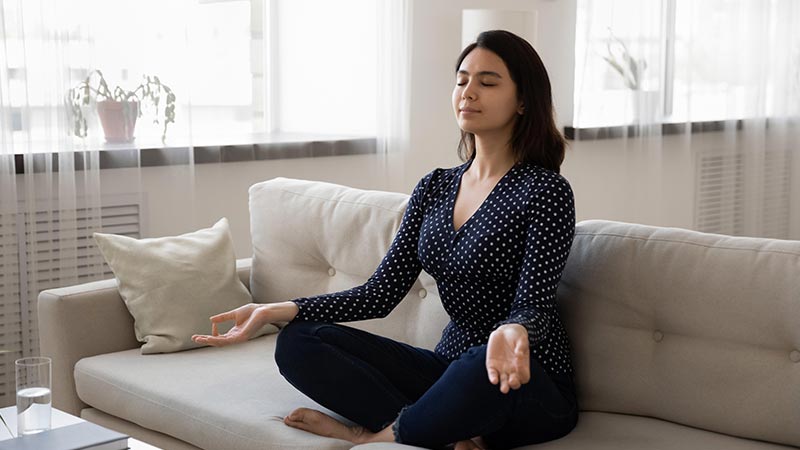 Manifest Anything!! How To Practice Visualization Meditation? 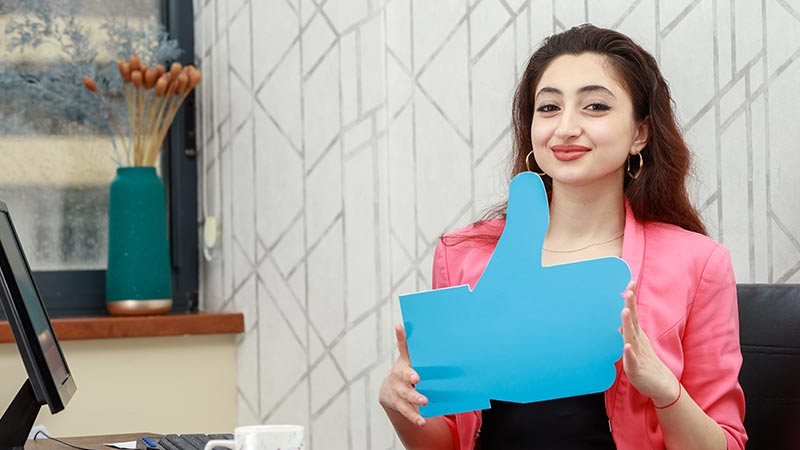 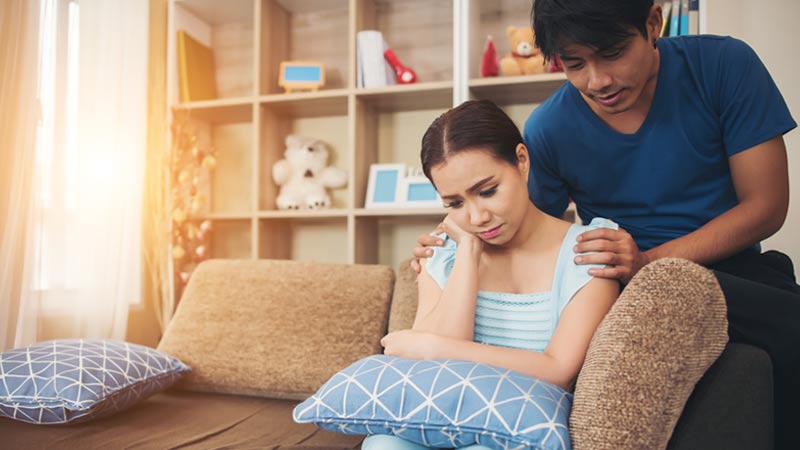 Things Not To Say To Someone Who Is Hurting 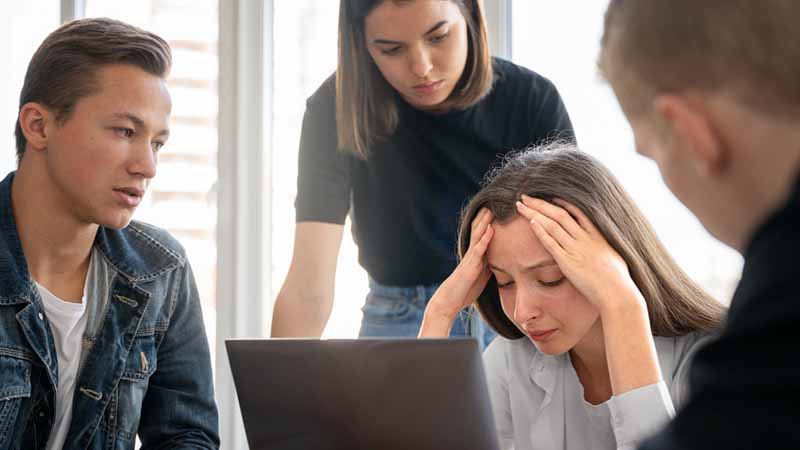 What Is Emotional Abuse (And When Should You Seek Help)?