Drinking Liquids Or Water With Meals: Good Or Bad? 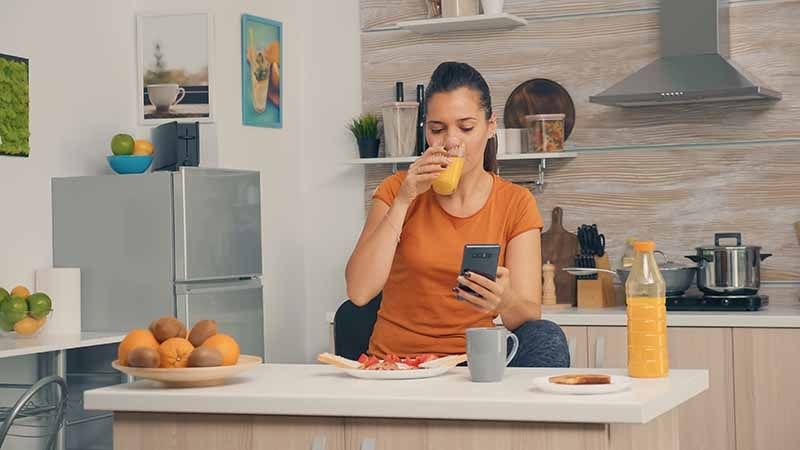 The importance of staying hydrated cannot be overstated, and it’s not just about drinking water. However, with so many conflicting reports on whether or not it’s a good idea to drink water during meals, what should you do?

If you follow traditional Ayurvedic practices and don’t drink while eating, are you putting your health at risk? Or, how much liquid should you drink with your meals?

Drinking liquids with meals in moderate amounts can help aid digestion and reduce heartburn and bloating, but when done incorrectly can also lead to acid reflux, diarrhea, or constipation.

In this article, you’ll learn the right way to drink water with your meals and how it can positively impact your digestion without interfering with your mealtime enjoyment.

5 reasons why you should not drink while eating?

Water and other liquids can dilute digestive juices, making it difficult for your body to break down food. Drinking during meals can also lead to poor chewing habits; sipping on a glass of water while eating slows you down, which makes it more likely that you’ll swallow your food whole. If you do want something to drink, it’s best to limit yourself to water between meals.

Ayurvedic texts say water should be consumed only three times a day—at sunrise, noon, and sunset—and there are scientific reasons why. Ayurvedic texts say we should avoid drinking liquids at night because doing so disrupts our sleep cycles by interfering with breathing patterns; in Western medicine, experts advise avoiding drinks before bedtime because liquid near your lungs inhibits breathing. The takeaway is clear: Your focus at mealtimes should be on digestion, not hydration.

Drinking liquids while eating dilutes gastric juices, thus reducing their digestive effectiveness. The result is that food remains in your stomach for longer than it should, leading to digestion problems and bloating. Additionally, water dilutes hydrochloric acid in your stomach, which slows down digestion and can prevent nutrients from being properly absorbed.

2) Reduces the amount of saliva

Saliva is an important component of digestion, helping to break down and soften food. But, when you drink a glass of water during a meal, it reduces your production of saliva, decreasing its effectiveness. On top of that, drinking water causes air to be trapped in your stomach — creating discomfort.

Drinking liquids while eating can increase acidity in your stomach and mouth. It also causes you to swallow extra air, which can make you burp or fart more. This will distract you from your food, making it harder to enjoy. Some Ayurvedic texts say that drinking water during meals is bad for digestion and encourages weight gain; if we’re drinking enough water between meals, though, our bodies should be well hydrated for optimal digestion anyway.

Drinking too much water during meals can interfere with digestion. It can dilute stomach acids which helps break down food and digest it properly.

4) Increases the amount of insulin in your body

Insulin is a hormone that’s responsible for regulating your blood sugar levels and storing fat. Drinking liquids with meals could increase your insulin levels, which can cause you to gain weight. This isn’t only true of plain water; if you drink juice or soda with your meal it will also have an impact on how much insulin your body produces.

5) Makes you put on weight

A 2005 study in The American Journal of Clinical Nutrition found that drinking liquids while eating, such as water, wine, juice, and soup, can actually contribute to weight gain over time.

According to Ayurveda Water during meals is particularly problematic, because it weakens digestive fire (called jatharagni) and further aggravates pitta dosha. Ayurvedic texts say water should not be drunk during a meal unless one has gone without food for at least six hours (and two hours for milk).

In addition, between meals, one shouldn’t drink anything cold or hot; only room temperature liquids are recommended. Cold drinks tend to aggravate vata dosha, while hot drinks increase kapha dosha—both of which are already increased by stress!

When is it OK to drink during meals?

If your stomach is upset or if you feel like taking a break from eating, it’s ok to grab some water.  Research shows that sipping a little water during meals isn't likely to slow down digestion. However, drinking too much water can lead to less hunger and overeating later on.

Ayurvedic traditions recommend that you don’t drink while eating and wait at least 1 hour before and after to ensure digestion has begun. This gives your stomach time to send signals to your brain telling it that your stomach is full and doesn’t need any more food.

Is drinking water immediately after having fruits safe?

Most people believe that when they eat fruit, they can drink water at regular intervals. But it is not true drinking water immediately after having fruit makes indigestion worse due to the PH level changes in your stomach.

So, according to Ayurvedic philosophy, we should not drink liquids before, after, or during meals. We should allow our bodies as much time as possible for digestion by limiting unnecessary intake in order to facilitate healthy metabolism.

However, if you don’t want your stomach to be distended, it’s okay to take small sips of water while eating and a little water before and after a meal helps with digestion. As always, listen carefully to your body—it knows best!

Your Body Is Eliminating Toxins 24/7-Are You Supporting Its Needs?

Eliminating toxins or detoxification is an automatic process that your body handles. However, by opting for some healthy habits, you can help your body eliminate toxins in a more effective fashion. Want to know how? Read along. This blog talks about how detoxification works in your body and what you can do to support your body to detoxify better. What Does Daily Detoxification in Your Body Look Like? The daily detoxification majorly entails purifying the blood by eliminating impurities in the llg...
nutrition 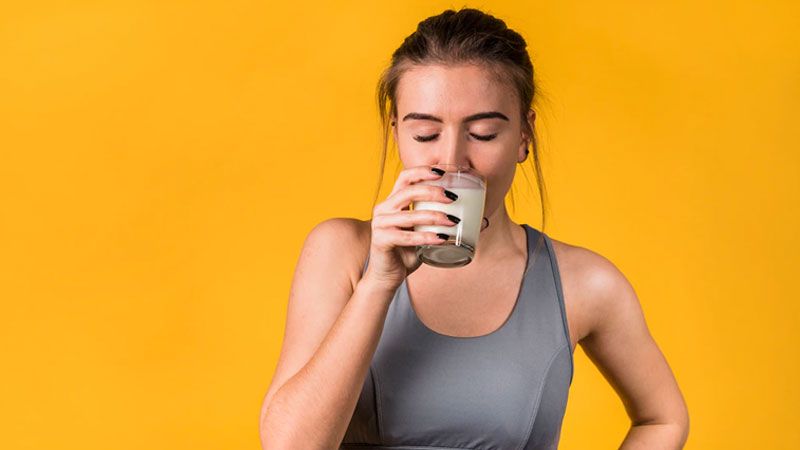 Everyone likes milk, especially in India, apart from lactose-intolerant people. You can make milkshakes, consume milk tea, milk smoothies or consume it raw. But does milk help you gain weight? If you have this question on your mind, you’ve come to the right place. This blog talks about whether milk helps with weight gain or not. You’ll also get to learn a lot more about milk consumption. So, read in full. Does Milk Help You Gain Weight? A Generalist View Milk, like other foods, contains calorilg...
nutrition 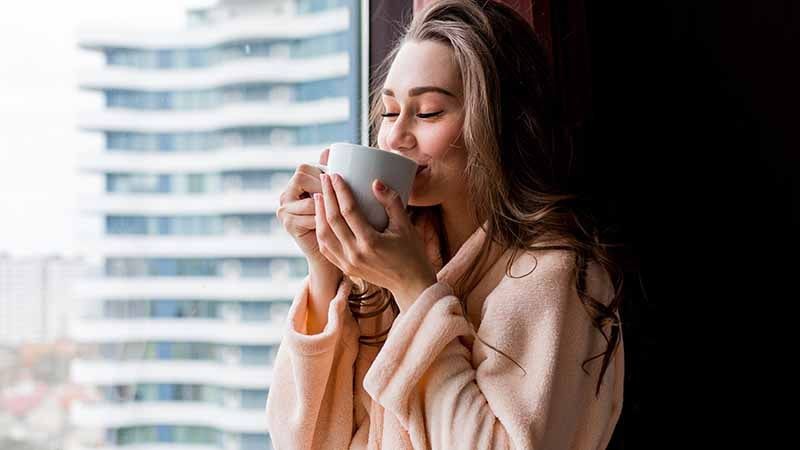 Should You Really Begin Your Day With A Cup Of Tea/Coffee?

Diabetes-Friendly Recipes You Must Try This Summer Season