The Emotional Truth: No One Can Make You Feel Anything 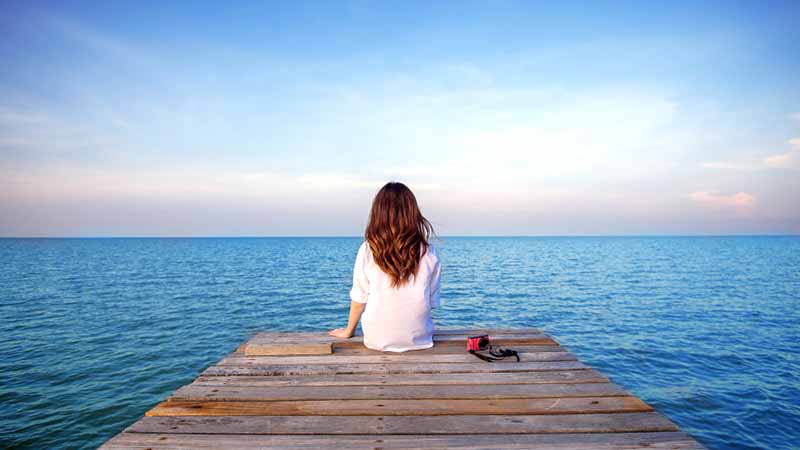 How would you feel if someone insulted or called you names in front of everyone? You'll probably feel sad, negative, angry, or even feel like crying. And you know what, you aren't alone. The majority of people feel that way. But why do other people's choices easily influence our emotions? Is it the right approach, or is it normal? In other words, why do we allow others to control our emotions and vice versa? If you have the same or similar questions crossing your mind, read along.

Something to Know About Emotional Responses

We all have experienced the highest levels of emotion while engaging with others. Emotions are usually controlled by social norms and have an impact on others.

According to a study that was conducted by Stanford psychologists, people are most impacted by other people's emotions when they choose to feel angry and happy.

Studies also suggest that the environment in which you are raised is highly responsible for determining how sensitive you become. Also, if you wish to show anger more often, you are likely to feel upset about other people's grievances.

Can Others Influence your Emotions?

They surely can. After all, it's to- fro of feelings and emotions, and it is natural to be affected by them. Day-to-day interaction with a number of people around you makes it obvious for you to feel and react in a certain way.

But one thing to consider is that people cannot make you feel a different set of emotional criteria. And this explanation is solely linked to one's own mindset. A strong mindset gives you more emotional intelligence.

It not only puts a challenging situation at ease but also leaves you more independent and more assertive. Thus, a rational mindset simply helps you avoid being influenced by anyone.

Can you Influence the Emotions of Others?

This surely applies to other people too. You can easily relate the case to toxic workplaces. For instance, if you are a manager or in charge of your company, you may have experienced dominating leadership influencing employees' emotions in just a matter of minutes.

What else is there? Imagine you're older than your brother or sister. The emotions, morals, or values you instill in them can easily be reflected in their behavior.

Sometimes, your dominance or someone else you experience has a more profound impact on the mindset. Indeed, the paradigm of mindset is not a simple process. But a more profound understanding can probably lead to a more holistic approach to life.

[Also Check: Turn difficult situations in your favor by learning the art of self-regulation]

What is Emotional Distress?

Emotional distress is your reaction that results from someone's behavior. In this case, your response does not align with others' thoughts and mindsets. But no matter the condition, you have the power to choose "how" and "when" to respond.

Even if you are mad, you can choose to hide it from people and keep your cool. Those who are used to "pressing the buttons" and "letting you respond" are taken aback.

However, if you change your response, their previous strategies become ineffective. Frequently, their approach is to work even harder to transform you into the person you were before. As a result, they may increase their efforts to persuade them to respond as they have in the past. Someone could irritate you more than push you.

Myths and Floating Theories about Emotions

Controlling and managing emotions isn't equivalent to suppressing feelings. In fact, learning to manage your emotions is a trick to establishing emotional equilibrium. Simply put, you don't lose calm even when feelings become too overwhelming.

However, myths and misconceptions related to emotions often make things even harder to absorb. You might have come across people saying things such as:

All this ideology has been brought about by baseless facts. This is merely a piece of twisted information. Without question, such manipulative statements somehow influence people. And as a result, you start feeling stuck and stop looking for facts.

What's the Truth? And Why is it Important for you to Know it?

The concept that you are a master of your perception could be well explained with the following example.

It's an interesting theory of "Pavlov's dog" based on classical conditioning. Accordingly, the condition of triggers and mental conditioning work together to initiate the response.

When the human psyche is conditioned in such a manner, you act in a certain way. And you tend to do things without even knowing it. And when you believe that anyone has the ability to make you feel angry, sad, etc., it comes down to an endless loop.

Therefore, to regain control, it is vital to understand and know that you have a lot to do with your emotional strength. You have the option of how you'll respond. Maintaining your composure while the other person provokes you is no less than an art.

What else Do you Need to Know?

Apart from emotional strength and a logical mindset, there could be other reasons which can make you feel dissociated. In other words, no one makes you feel anything. The three major reasons that stop you from getting influenced are:

Always remember, while others can influence and even affect our mood, the ultimate domain of psychology remains in your control. It is your mindset and polarity with which you perceive other people's connections.

So, it's necessary to acknowledge the concept of emotional truth with a clear mindset. Doing this will help you relieve situationally and benefit you in the long term. 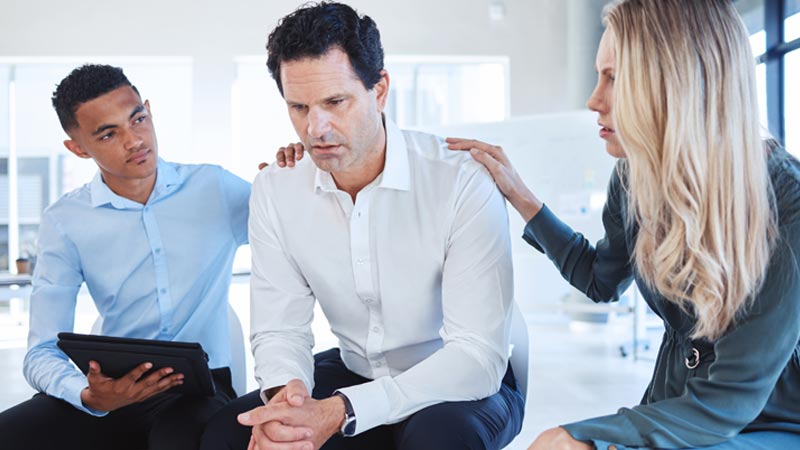 Creating A Workplace That Supports Mental Health:-Tips For Managers & Employees 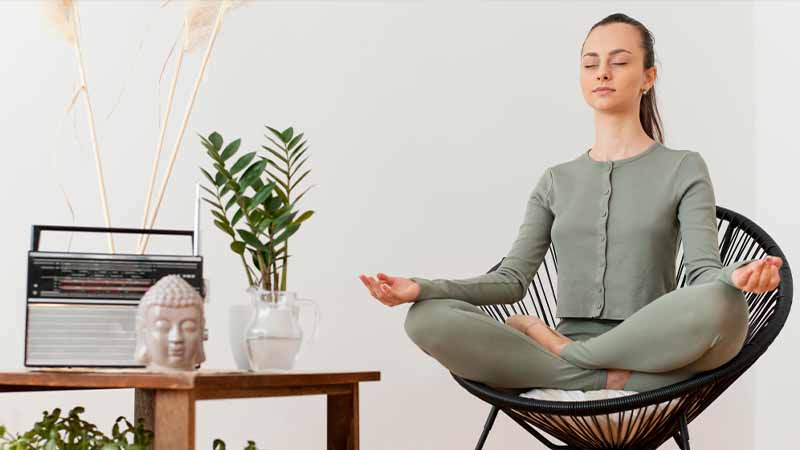 Can Mindfulness Help You Feel Better When You're Sick? 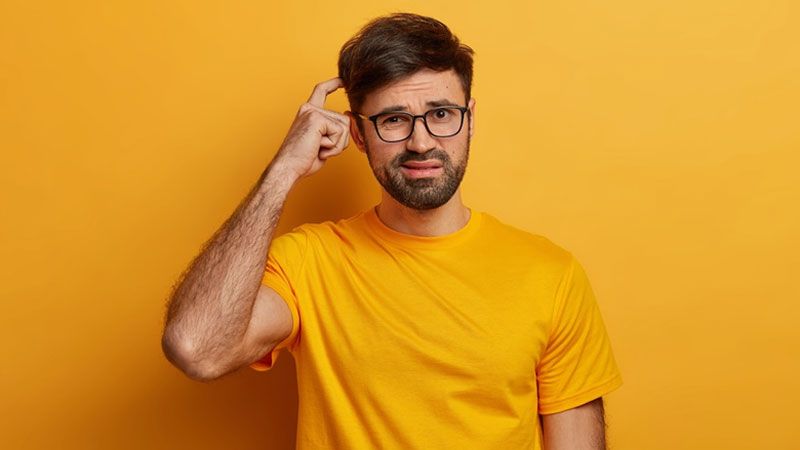 Why Am I So Indecisive? 10 Methods That Can Help You Make Decisions 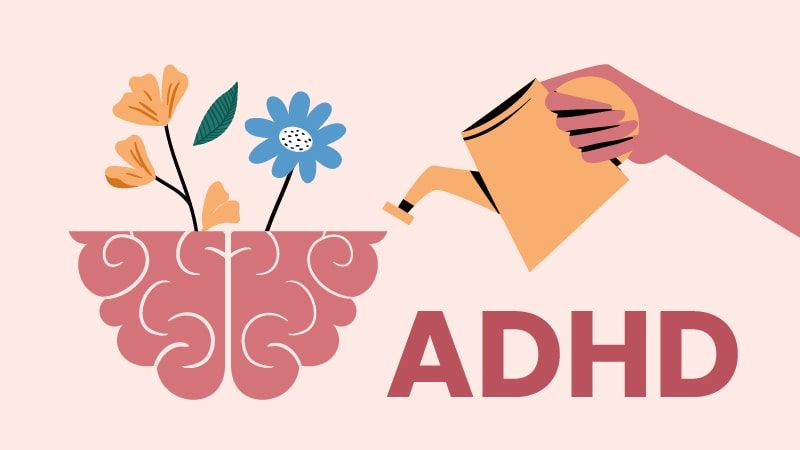 Myths, Misconceptions, and Stereotypes about ADHD